In A World of Endless War...
JOIN MYPEACETANK

Speak up. Speak out. My Peace Tank is For Truth.
LIBERAL MINDS UNITE!
NEWS, INFORMATION, ANIMATIONS, LIBERAL RADIO SHOWS, DOCUMENTARIES AND STUFF THAT WILL GIVE YOU NIGHTMARES!

Dear reader,
It seems you have stumbled upon the regrettable promotion for the community

thesomberstamps . I am afraid that this community would judge you, and force you to accept the fact that you might be Violet, Klaus, Sunny.......even Count Olaf.
In order to spare you any further repulsion, it would be best not to mention the unpleasant details of this community. Particularly the weekly polls, and ratings of other sorroful people who come along.
Unfortunately, I have dedicated my life to researching and recording the sad tale of the Baudelaire Orphans. There is no reason for you to dedicate youself to such a community. You would be much better off joining a community on inspirational quotes, or puppies. I suggest you move on to something better.

humanhappiness | bring happiness to everyone

itscalledpride | we dont even think straight...

You are invited to join Subterranean Hip.
First 10 Members are stamped only by the mod.

-This is a rating community that urges you to be yourself. Your REAL personality is key, and is the only way to get stamped.

-Our stamping process is based on your opinions. Likes and dislikes are another way to get a feel for you, but you will not be judged solely on your interests.

- We won't judge you on looks. You are not required to post a photo with your application.

cult_tv_lounge is a community for Cult TV programs.

Television in the 60s became smart and sexy, just like the music and the fashions. And British TV was the smartest and the sexiest, with series like Danger Man, The Prisoner and The Avengers. And TV discovered science fiction, with Dr Who and, and of the course the fantastic Supermarionation shows like UFO, Stingray, Thunderbirds and Captain Scarlet. The 70s brought a new edginess to British TV, with spy series like Callan, cop shows like The Sweeney, and sci-fi like Blakes 7and Space: 1999. But the smartness and sexiness remained. American TV also produced some memorable and offbeat programs – like The Wild Wild West, I Spy and of course The Man from UNCLE.

If you love these programs, then the place you need to be is the Cult TV Lounge. 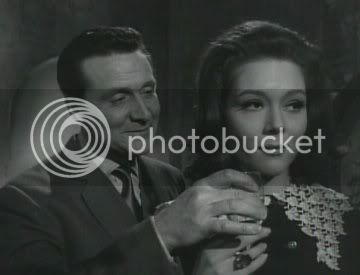